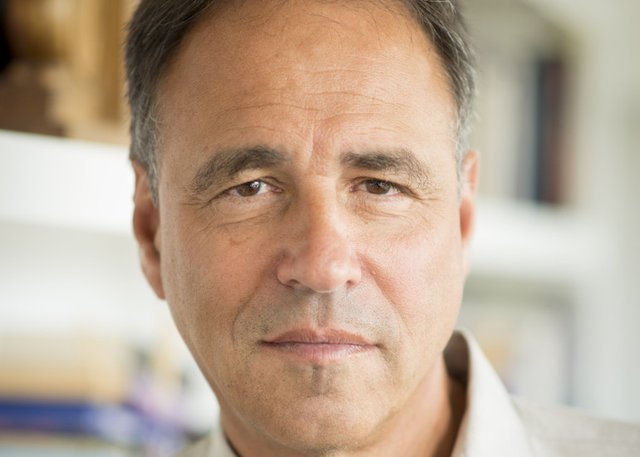 Returning this September to one of his favourite bookshops, beloved bestselling author Anthony Horowitz comes to visit us here in St Andrews. He comes to discuss The Twist of a Knife, the fourth in his celebrated Detective Hawthorne series. Previously, Anthony has written two highly acclaimed Sherlock Holmes novels, The House of Silk and Moriarty; three James Bond novels, Trigger Mortis and Forever and a Day; and the acclaimed bestselling mystery novels Magpie Murders and Moonflower Murders. He is also the author of the teen spy Alex Rider series, and responsible for creating and writing some of the UK’s most loved and successful TV series, including Midsomer Murders and Foyle’s War. In January 2022 he was awarded a CBE for his services to literature.

So come join us in giving a warm welcome to one Britain’s most inventive and celebrated crime writers!

That’s what reluctant author Anthony Horowitz tells ex-detective Daniel Hawthorne in an awkward meeting. The truth is that Anthony has other things on his mind.

His new play, Mindgame, is about to open in London’s Vaudeville theatre. Not surprisingly Hawthorne declines a ticket.

On opening night, Sunday Times critic Harriet Throsby gives the play a savage review, focusing particularly on the writing. The next morning she is found dead, stabbed in the heart with an ornamental dagger which, it turns out, belongs to Anthony and which has his finger prints all over it.

Anthony is arrested, charged with Throsby’s murder, thrown into prison and interrogated.

Alone and increasingly desperate, he realises only one man can help him.

But will Hawthorne take his call?