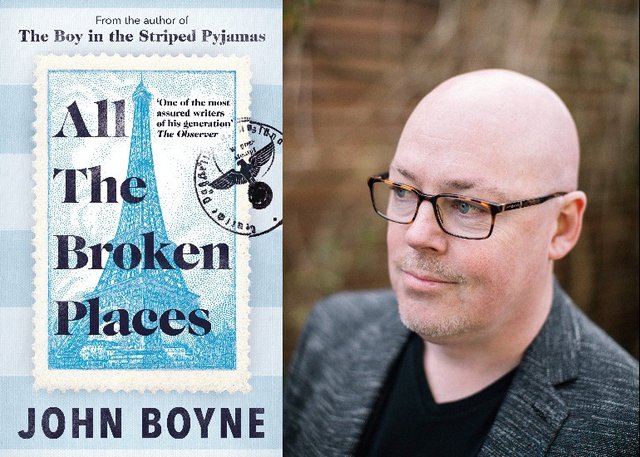 John Boyne, author of the devastatingly beautiful The Boy in the Striped Pyjamas returns with its sequel, All the Broken Places.

Then, a young family moves into the apartment below her. In spite of herself, Gretel can’t help but begin a friendship with the little boy, Henry, though his presence brings back memories she would rather forget. One night, she witnesses a violent argument between Henry’s mother and his domineering father, one that threatens Gretel’s hard-won, self-contained existence.

Gretel is faced with a chance to expiate her guilt, grief and remorse and act to save a young boy – for the second time in her life. But to do so, she will be forced to reveal her true identity to the world. Will she make a different choice this time, whatever the cost to herself?

‘When is a monster’s child culpable? Guilt and complicity are multifaceted. John Boyne is a maestro of historical fiction. You can’t prepare yourself for the magnitude and emotional impact of this powerful novel’ – John Irving

John Boyne is the author of thirteen novels for adults, six for younger readers and a collection of short stories. He has won three Irish Book Awards, along with a host of other international literary prizes.