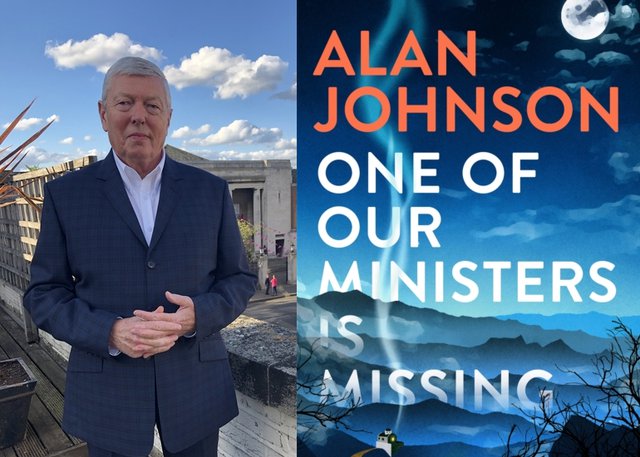 We are excited to welcome Alan Johnson back to Ely for another exciting political thriller: One of Our Ministers is Missing.

A government minister in the Foreign Office has vanished into thin air.

On holiday in Crete, Lord Bellingham had been solo trekking in the White Mountains when he mysteriously disappeared. After a vast search and rescue operation, the local police have no leads, save for a mobile phone discarded on a cliff edge. Assistant Commissioner Louise Mangan of the Met Police is sent to assist in the investigation but soon discovers that there are more layers to this case than the local police realise. Lady Bellingham is less than forthcoming, the family nanny is hiding something, and a scandal is brewing back in London that could destroy the minister’s reputation for good. Under pressure from the powers that be, can Louise find the missing minister, or will she discover something much more sinister at play?

Alan Johnson was a Labour MP for 20 years before retiring ahead of the 2017 general election. He served in five cabinet positions in the Governments of Tony Blair and Gordon Brown including Education Secretary, Health Secretary and Home Secretary. His debut thriller, The Late Train to Gipsy Hill, was published in 2021.