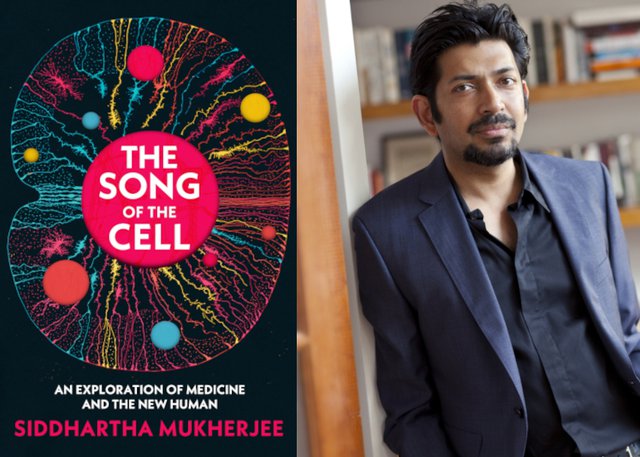 We are incredibly honoured to be hosting the Pultizer Prize winning professor of medicine and cancer physician, Siddhartha Mukherjee, for his latest scientific offering, The Song of the Cell: An Exploration of Medicine and the New Human.

In the late 1600s, a distinguished English polymath, Robert Hooke, and an eccentric Dutch cloth-merchant, Antonie van Leeuwenhoek, look down their hand-made microscopes. What they see introduces a radical concept that alters both biology and medicine forever. It is the fact that complex living organisms are assemblages of tiny self-regulating units. Our organs, our physiology, our selves, are built from these compartments: cells.

The discovery of the cell announced the birth of a new kind of medicine. Meaning that all kind of physical ailments and injuries could be re-conceived as the results of cells functioning abnormally. And all could be treated by therapeutic manipulations of cells. This revolution in cell biology is still in progress: it represents one of the most significant advances in science and medicine.

The Song of the Cell is the vivid, thrilling and suspenseful story of the fundamental unit of life. It describes how scientists discovered cells, began to understand them, and are now using that knowledge to create new humans. Both panoramic and intimate, it is Siddhartha Mukherjee's most spectacular book yet.

Siddhartha Mukherjee is the author of The Gene: An Intimate History, a #1 New York Times bestseller, and The Emperor of All Maladies: A Biography of Cancer, winner of the 2011 Pulitzer Prize for non-fiction. Mukherjee is an Associate Professor of Medicine at Columbia University and a cancer physician and researcher. He has published articles in many journals, including Nature, The New England Journal of Medicine, Cell, The New York Times and The New Yorker. He lives in New York with his wife and daughters.