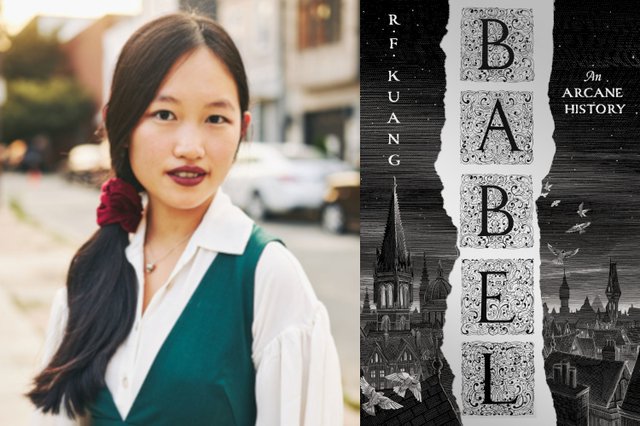 The city of dreaming spires.

It is the centre of all knowledge and progress in the world.

And at its centre is Babel, the Royal Institute of Translation. The tower from which all the power of the Empire flows.

Orphaned in Canton and brought to England by a mysterious guardian, Babel seemed like paradise to Robin Swift.

Until it became a prison…

But can a student stand against an empire?

We couldn’t be more thrilled to welcome award-winning author R. F. Kuang to Edinburgh. Rebecca joins us to discuss and delight with her incendiary new novel Babel, exploring themes of violence, colonialism, and the sacrifice of resistance.

So please join us this September in celebrating one of the world’s brightest and most fantastical literary talents!

Rebecca F. Kuang is a Marshall Scholar, Chinese-English translator, and the Astounding Award-winning author of the Poppy War trilogy. Her work has won the Crawford Award and the Compton Crook Award for Best First Novel. She has an MPhil in Chinese Studies from Cambridge and an MSc in Contemporary Chinese Studies from Oxford; she is now pursuing a PhD in East Asian Languages and Literatures at Yale.