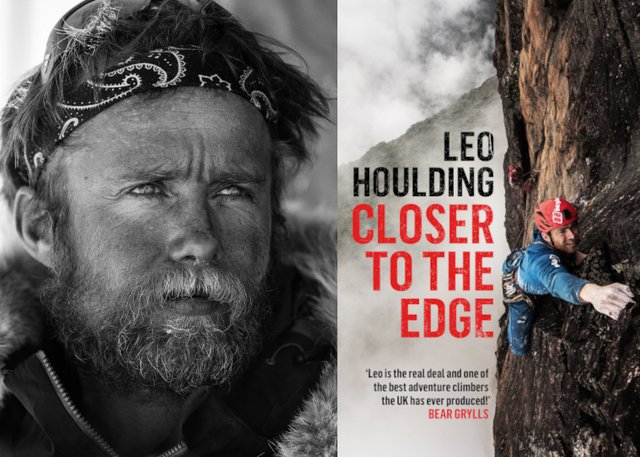 Leo Houlding, world class climber, alpinist and adventurer, joins us this October to give us a thrilling rundown of his debut book, Closer to the Edge: Climbing to the Ends of the Earth.

Beginning his remarkable climbing career in the Lake District at the age of ten, in 1998 Leo became the youngest person – and the first Briton – to free climb the dreaded El Capitan of Yosemite National Park, California. Since then, Leo has dedicated his life and body to summiting the world’s toughest peaks and exploring Planet Earth’s most extreme places.

But these explorations aren’t entirely glorious. During them Leo has confronted intense tragedy, seeing close friends and colleagues die or suffer grave injuries. Accordingly, Closer to the Edge stands as a ‘warts-and-all’ account of a life lived at the extremes, telling tales with the raw energy you might expect from one of Britain’s most revered mountaineers.

So come along to Greenside Church and hear from the man himself, and perhaps find the inspiration to be the next Briton to summit Everest.

Leo Houlding is a world-class mountaineer, adventurer, television presenter and popular public speaker. He lives in the Lake District with his wife and two children.