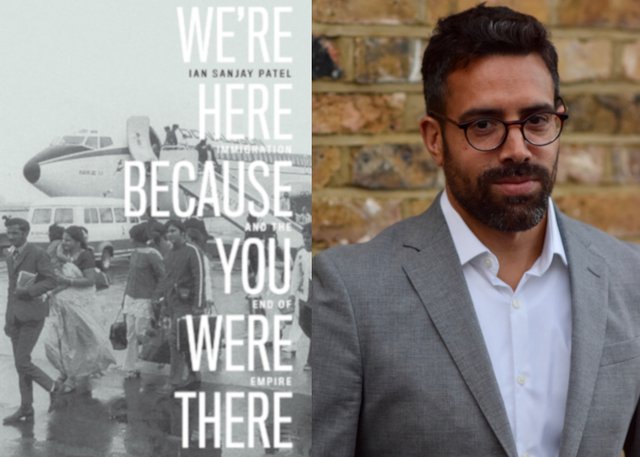 We’re joined this Autumn by the London School of Economics’ LSE Fellow in Human Rights, Ian Sanjay Patel, who comes to discuss his prescient historical analysis of the legal, socio-economic, and cultural context of the Windrush Generation.

In We’re Here Because You Were There: Immigration and the end of Empire, Patel retells Britain’s recent history in an often shocking account of state racism. In a series of post-war immigration laws from 1948 to 1971, arrivals from the Caribbean, Asia and Africa to Britain went from being citizens to being renamed immigrants. In the late 1960s, British officials drew upon an imperial vision of the world to contain what it saw as a vast immigration ‘crisis’ involving British citizens, passing legislation to block their entry. As a result, British citizenship itself was redefined along racial lines, fatally compromising the Commonwealth and exposing the limits of Britain’s influence in world politics.

Combining voices of so-called immigrants trying to make a home in Britain and the politicians, diplomats and commentators who were rethinking the nation, Ian Sanjay Patel excavates the reasons why Britain failed to create a post-imperial national identity.

Ian Sanjay Patel is currently LSE Fellow in Human Rights at the London School of Economics. His non-fiction writing has appeared in the New Statesman, the London Review of Books, and elsewhere. Born in London, he completed his PhD at Queens’ College, University of Cambridge. His research interests lie in human rights, political theory, international history, the history of decolonization, and diplomatic histories. He has written on transitional justice, the British empire, and South Asia and its diasporas.