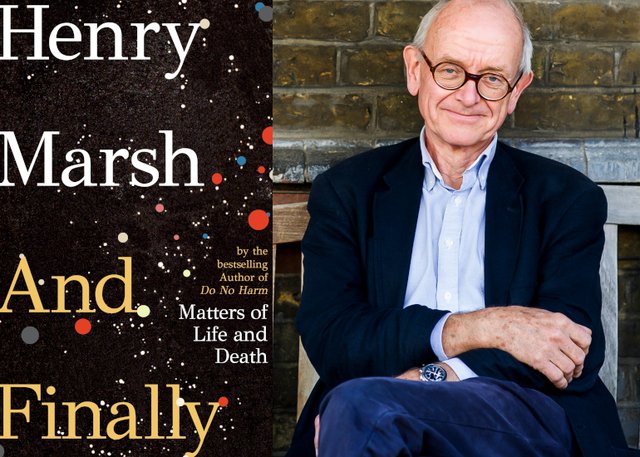 Henry Marsh is a retired neurosurgeon and the bestselling author of Do No Harm and Admissions. Both books were Sunday Times No. 1 bestsellers, and have been translated into over thirty languages. Do No Harm was awarded the South Bank Sky Arts Award and the PEN Ackerley Prize, and was shortlisted for the Costa Biography Award, Duff Cooper Prize, Wellcome Book Prize and Guardian First Book Award. Marsh was made CBE is 2010.

As a neurosurgeon, I lived in a world filled with fear and suffering, death and cancer. But rarely, if ever, did I think about what it would be like if what I witnessed at work every day happened to me. This book is the story of how I became a patient myself.

As a retired brain surgeon, Henry thought he understood illness, but he was unprepared for the impact of his diagnosis of advanced cancer. And Finally explores what happens when someone who has spent a lifetime on the frontline of life and death finds himself contemplating what might be his own death sentence. As he navigates the bewildering transition from doctor to patient, he is haunted by past failures and projects yet to be completed, and frustrated by the inconveniences of illness and old age. But he is also more entranced than ever by the mysteries of science and the brain, the beauty of the natural world and his love for his family.

Elegiac, candid, luminous and poignant, And Finally is ultimately not so much a book about death, but a book about life and what matters in the end. Join us with Henry as he discusses the book and shares his meditations on life and death –  all with his trademark wit, wisdom, and humility.