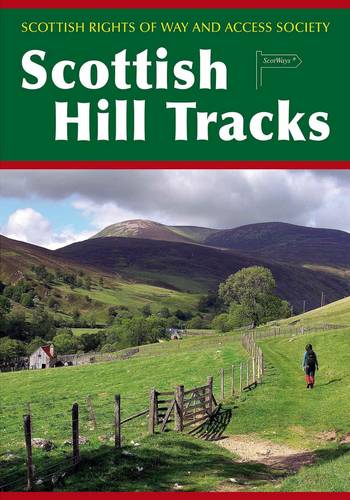 First published in 1947, this is a completely new and fully revised fifth edition of what has proved to be a very popular guidebook detailing the network of paths which criss-cross Scotland’s hill country. With 344 routes, it is a unique resource for walkers, cyclists, riders and runners wishing to explore the network of paths, old roads and rights of way which criss-cross Scotland’s hill country, from the Borders to Caithness. Divided into 25 sections, each with its own detailed colour map, this new edition has been fully revised and features more than 100 colour photographs of the routes, many of which link with popular long distance footpaths. The guidebook also acts as an important ongoing historical record which reflects the change in attitude to access following the Land Reform (Scotland) Act 2003. Routes have been checked by a large team of volunteers and their findings, together with the text from the previous edition have been fully revised and edited by Peter Mackay, Janet Clark, Judith Lewis, John Mackay & Peter Wood of the Scottish Rights of Way & Access Society, together with assistance from Tom Prentice of the Scottish Mountaineering Trust. The foreword is by Nicholas Crane.