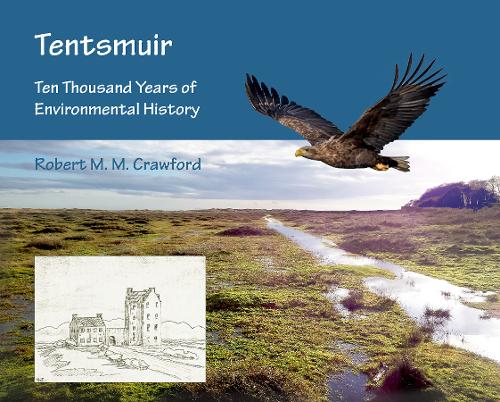 Tentsmuir has been a scene of human activity for over 10,000 years. It witnessed one of the earliest known occurrences in Scotland of Mesolithic hunter-gatherers and has supported human activities throughout the Neolithic and Iron Age. In medieval times it was a home for the Norman nobility, and then a royal hunting forest with highly-valued fishing rights for Scottish Kings. Tentsmuir is prone to flooding in winter due to the front line of dunes blocking drainage to the sea. It provides a natural refuge for a wide range of plants, as well as resident and migrating birds, and other animals, including outstanding populations of butterflies and moths. Consequently, this led to the creation in 1954 of a National Nature Reserve at the north-eastern end of the Tentsmuir Peninsula. Initially, an active period of coastal accretion more than trebled the size of the reserve. Now, however, Tentsmuir is eroding in places. The probability of rising sea levels and increasing exposure to storms may cause a level of destruction such that the physical existence and biological future of Tentsmuir cannot be guaranteed. This book is an attempt to record how even within a limited geographical area, such as this peninsula on the east coast of Scotland, plant and animal communities are constantly reacting to environmental change. Frequently, it is difficult to decide whether or not these changes should be resisted, encouraged, or ignored. Examples are provided of instances where human intervention to counteract change has resulted in negative as well as positive consequences for biodiversity.