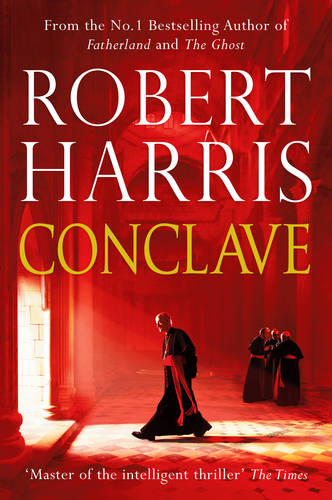 Hardback (unsigned) £20
Published 22nd September 2016, 304 pages
Signed first edition £20
First edition, first printing, signed by the author
You’ll be able to choose Delivery or Click & Collect after you enter your address.
UK postage is £2.95, or free for orders over £60.

THE POWER OF GOD. THE AMBITION OF MEN. ***SUNDAY TIMES BESTSELLER*** The Pope is dead. Behind the locked doors of the Sistine Chapel, one hundred and eighteen cardinals from all over the globe will cast their votes in the world’s most secretive election. They are holy men. But they have ambition. And they have rivals. Over the next seventy-two hours one of them will become the most powerful spiritual figure on earth. ________________ Munich, Robert Harris’s new spy thriller set in the days leading up to World War II, is available now. ________________ `Unputdownable’ Guardian `Gripping’ Sunday Times