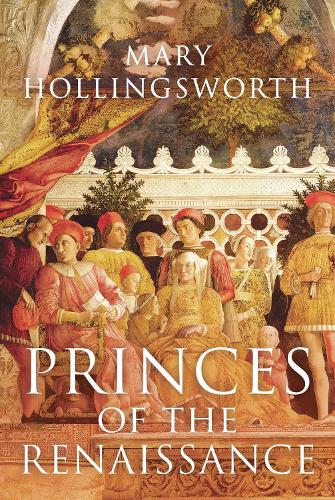 Princes of the Renaissance

‘Exceptionally sumptuous … This vivid history brings to life the vices and virtues of the feuding ruling families of Italy’ Michael Prodger, The Times , Book of the Week

A beautifully illustrated history of the Renaissance told through the lives of its most important and influential patrons - the princely rulers of Italy’s dynastic states and their families.

From the late Middle Ages, the independent Italian city-states were taken over by powerful families who installed themselves as dynastic rulers. Inspired by the humanists, the princes of fifteenth- and sixteenth-century Italy immersed themselves in the culture of antiquity, commissioning palaces, villas and churches inspired by the architecture of ancient Rome, and offering patronage to artists and writers.

Many of these princes were related by blood or marriage, creating a web of alliances that held society together but whose tensions sometimes threatened to tear it apart. Thus were their lives defined as much by the waging of war as the nurturing of artistic talent. Mary Hollingsworth charts these developments in a sequence of chronological chapters, each centred on two or three main characters with a cast of minor ones - from Ludovico Sforza of Milan to Isabella d’Este of Mantua, from Pope Paul III to Emperor Charles V, and from the painters Mantegna and Titian to the architect Sansovino and the polymath Leonardo da Vinci.

Princes of the Renaissance is a vivid depiction of the lives and times of the elite whose power and patronage created the art and architecture of the Renaissance. In a narrative that is as rigorous and closely researched as it is accessible and informative, Mary Hollingsworth sets their aesthetic achievements in the context of the volatile, ever-shifting politics of a tumultuous period of history.

Princes of the Renaissance
by Mary Hollingsworth