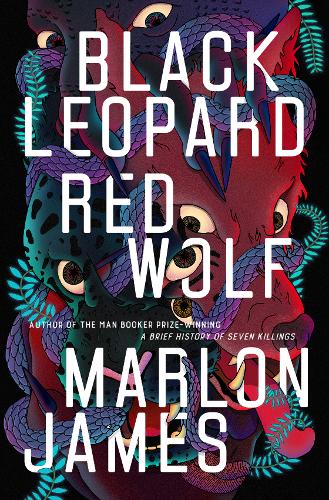 Hardback (unsigned) Unavailable
Published 28th February 2019, 640 pages
Signed first edition £75
First edition, first printing, signed by the author
You’ll be able to choose Delivery or Click & Collect after you enter your address.
UK postage is £2.95, or free for orders over £60.

SHORTLISTED FOR THE NATIONAL BOOK AWARD IN FICTION

‘Black Leopard, Red Wolf is the kind of novel I never realized I was missing until I read it. A dangerous, hallucinatory, ancient Africa, which becomes a fantasy world as well realized as anything Tolkien made, with language as powerful as Angela Carter’s. It’s as deep and crafty as Gene Wolfe, bloodier than Robert E. Howard, and all Marlon James. It’s something very new that feels old, in the best way. I cannot wait for the next instalment’ -Neil Gaiman

‘The child is dead. There is nothing left to know.’

Tracker is a hunter, known in the thirteen kingdoms as one who has a nose - and he always works alone. But he breaks this rule when he joins a band seeking a lost child. His companions are strange and dangerous, from a giant to a witch to a shape-shifting Leopard, and each hides their own secrets.

As they follow the boy’s scent from perfumed citadels to infested rivers to enchanted darklands, set upon by murderous foes, Tracker wonders: who really is this mysterious boy? Why don’t people want him found? And, crucially, who is telling the truth and who is lying?

‘Complex, lyrical, moving and furiously gripping… This new book will propel James into a new galaxy of literary stardom. ‘ Observer

‘To call this novel original doesn’t do [it] justice… James has thrown African cultures, mythologies, religions, histories, world-views and topographies into the mighty cauldron of his imagination to create a work of literary magic.’ New Statesman