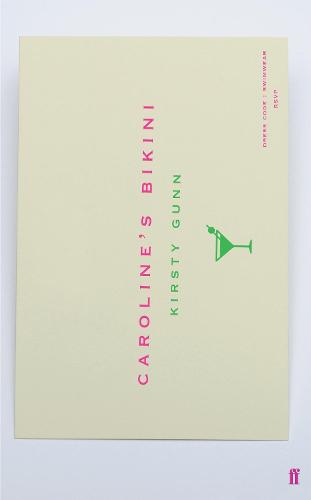 ‘Alright’ I said, ‘I’ll try…’ This is how Emily Stuart opens her intricate tale of a classic love affair that becomes Caroline’s Bikini: a swirling cocktail of infatuation, obsession, and imagination. The moment that Emily’s friend Evan Gordonstone - a successful middle-aged financier - meets Caroline Beresford - a glamorous former horsewoman, and now housewife, hostess, and landlady - there is a ‘PING!’ At least, that’s how Evan describes it to Emily when he persuades her to record his story: the story of falling into unrequited love, which is as old as Western literature itself. Thus begins a hypnotic series of conversations set against the beguiling backdrop of West London’s bars, fuelled in intensity by endless G&Ts and Q&As. From the depths of mid-winter to July’s hot swelter, Emily’s narration of Evan’s passion for Caroline will take him to the brink of his own destruction. Written in a voice so playful, so charismatic, and so thoughtfully aware of the responsibilities of fiction it can only be by Kirsty Gunn, Caroline’s Bikini is a swooning portrait of courtly love - in a modern world not celebrated for its restraint and abstraction. Ready. Steady. Go!