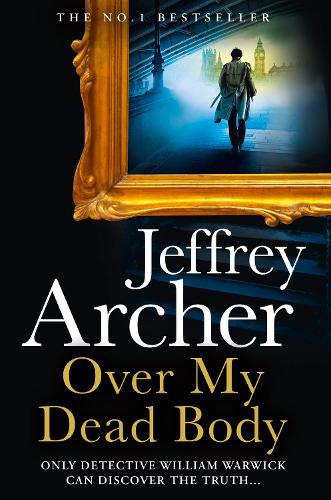 Over My Dead Body

An unputdownable story of murder, revenge and betrayal from international number one bestseller Jeffrey Archer.

THE CLOCK IS TICKING IN THIS ROLLERCOASTER RIDE OF A THRILLER…

In London , the Metropolitan Police set up a new Unsolved Murders Unit - a cold case squad - to catch the criminals nobody else can.

In Geneva , millionaire art collector Miles Faulkner - convicted of forgery and theft - was pronounced dead two months ago. So why is his unscrupulous lawyer still representing a dead client?

On a luxury liner en route to New York , the battle for power within a wealthy dynasty is about to turn to murder.

And at the heart of all three investigations are Detective Chief Inspector William Warwick , rising star of the Met, and ex-undercover operative Ross Hogan , brought in from the cold.

But can they catch the killers before it’s too late?

‘Probably the greatest storyteller of our age’ Mail on Sunday

‘If there were a Nobel Prize for storytelling, Archer would win’ Daily Telegraph

‘Archer is a master entertainer’ Time

Over My Dead Body
by Jeffrey Archer