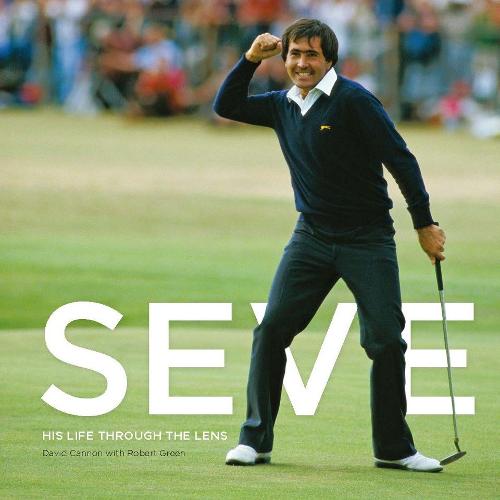 Seve: His Life Through The Lens

There are few sportsmen as charismatic as Seve Ballesteros. Emerging as a blazing young star in the late 70s his passion, flashing smile and fiery brand of golf quickly marked him as a player to watch and he fulfilled that early promise with a career that brought him five major championships (two Masters and three Opens), 50 European Tour titles, 9 PGA Tour wins and five Ryder Cup victories - one as the European Team captain. Sadly his star faded too quickly and in 2011 he died from brain tumour. He was 54. This R&A-supported book, launched to coincide with the 10th anniversary of Seve’s passing, is a lavish photographic celebration of his life. Award-winning photographer, David Cannon (the man who took the picture on the cover of the book - probably the most famous image of Seve), has curated the best pictures from Seve’s life and career. From unseen childhood pics to commissioned shoots on the beaches of Spain, Seve’s story is told with wonderful imagery that is interspersed by thoughtful and reflective essays by golf writer Robert Green. Fully supported by the Ballesteros family - who run the Seve Ballesteros Foundation - this book is a fitting tribute to one of Golf’s greatest characters and will appeal to fans everywhere who will remember Seve as one of the greatest players of all time.

Seve: His Life Through The Lens
by David Cannon