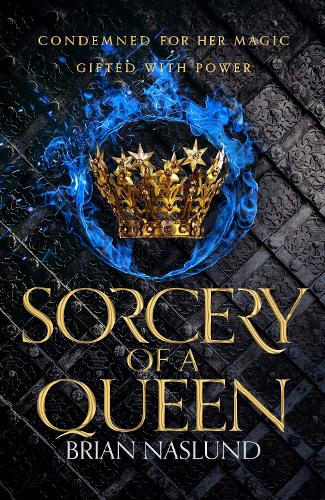 Sorcery of a Queen

Dragon-slayers don’t expect to survive to retirement age, but Bershad has unexpectedly thrived. Yet this very notoriety may be his downfall. If you liked the Witcher, you’ll love this.

Change is coming - but will they survive the storm?

The dragonslayer Bershad and Queen Ashlyn are facing the greatest challenge of their lives.

Branded the Witch Queen and driven from her kingdom, Ashlyn flees to her mother’s people. Yet she won’t be beaten, resolving to master magical feats long thought impossible. But this could have unforeseen consequences. Meanwhile, Bershad has learnt why he seems invincible - and that he’s living on borrowed time. However, he remains determined to help Ashlyn regain her throne.

They will face a foreign emperor, commanding an army equipped with terrifying new weaponry. This aggressor will do anything to crush Ashlyn’s land, and claim its prized dragons. So to save her kingdom, both queen and dragonslayer must attempt the impossible to prevail.

‘Exciting, epic and wonderfully told, full of subtle humour and laugh laugh-out-loud lines’ - Angus Watson on Blood of an Exile

Sorcery of a Queen is book two in the adventurous Dragons of Terra trilogy by Brian Naslund.

Sorcery of a Queen
by Brian Naslund