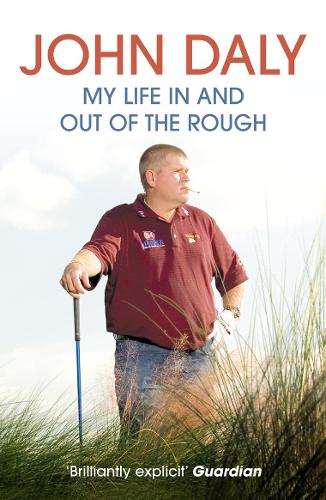 John Daly: My Life in and out of the Rough

The 1995 Open Champion and legendary wild man of golf recalls the best and worst of his life: his inspirational play on both US and European tours; the demons that afflicted him on the course and his addiction to gambling and drink; and the trashed hotel rooms and spectacular marital problems.

John Daly took professional golf by storm when he came out of nowhere to win the 1991 PGA Championship at Crooked Stick in Indiana. A big hitter, Daly quickly became a favourite with PGA crowds for his long drives and no-frills philosophy of ‘grip it and rip it.’ Almost as quickly he became a controversial figure thanks to his on-course fits of temper and off-course bouts of drinking and gambling.

He won the Open Championship in 1995 at St Andrews, then suffered through six years of poor play and personal turmoil before winning the BMW International Open in Munich in September 2001. In February 2004 he returned to the winner’s circle on the PGA Tour, winning the Buick Invitational at Torrey Pines.

Daly has been married four times, and his spectacular marriage bust-ups have attracted endless media headlines. His fourth wife, Sherrie, and her parents were indicted on federal drug and gambling charges in 2003; they were accused of selling cocaine, marijuana and methamphetamines from 1996 to 2002 and of laundering the proceeds through local banks. She has only recently been released from a federal penitentiary to return to the family home.

Daly talks openly in his book about his controversial private life, the tantrums, the additictions to drink, gambling and women, and reflects on a new course in life in this richly entertaining read.

John Daly: My Life in and out of the Rough
by John Daly